Errol Morris is a critically acclaimed documentary filmmaker who has dozens of film and tv credits to his name. He won an Oscar for his 2003 film, The Fog of War, and has taken home many other awards for his films. 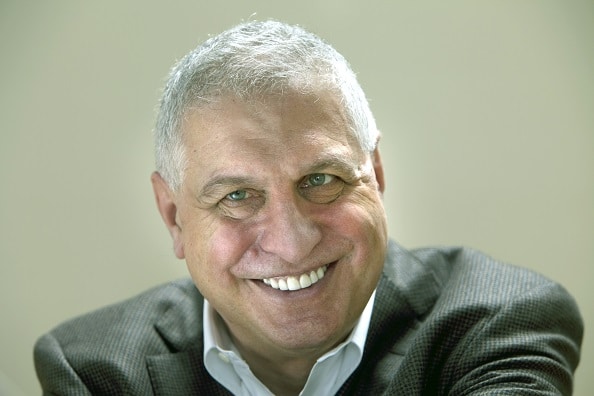 Photo: Courtesy of the artist

Morris has a really unique interview style that becomes very apparent to anyone who has seen one of his films or television ads. He invented a machine called an interrotron to assist him when interviewing, which allows his subjects to see him to look into his eyes while being filmed straight on. He is also known for yelling questions off screen, and those moments making it into the final edit.

Errol’s films often transcend the barrier of the theater screen and jump into reality. One of his most well known films Thin Blue Line, which was about a young man convicted of shooting a police officer and was maintaining his innocence, has been attributed to the man’s release the from prison the next year.

Errol and Jesse talk about how he got into interviewing, and in particular his time spent interviewing mass murderers, before he was a documentary film maker. Errol tells Jesse about the impact Truman Capote had on his career. Finally, they discuss his other career, making television commercials, and about how he learned his greatest interviewing tip: to shut the fuck up.

Errol has a new Netflix program Wormwood debuting which is being called a “hybrid series” of real life interviews and dramatizations set to come out later this year. You should also check out one of Jesse’s favorite projects from Errol’s, a docuseries made in partnership with ESPN called It’s Not Crazy, It’s Sports.