This week on The Turnaround Jesse sits down with Brooke Gladstone of WNYC Studio’s On The Media.

Brooke began her career working for NPR, as an editor on both Weekend Edition with Scott Simon, and All Things Considered. She also worked as a foreign correspondent for NPR in Moscow. Now she co-hosts and edits the weekly show On The Media. The award winning show has been around in its current iterations for over 15 years covering, you guessed it, the media. She and co-host Bob Garfield cast a critical eye on their peers in the media, asking questions that are larger than that week’s headlines. 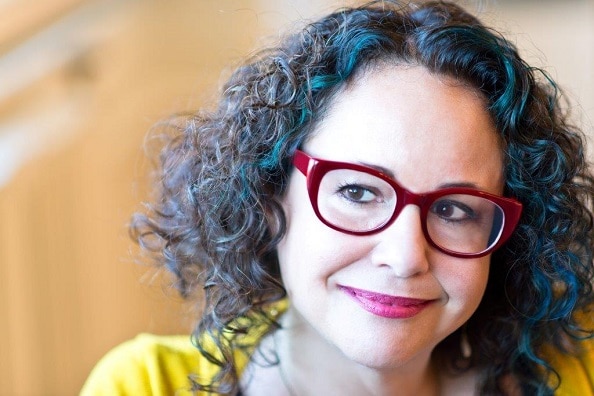 Brooke interviews all kinds of people on the show. She and Bob make an effort to represent many points of view on any given topic, to give the listener a better understanding of all the issues involved. Her interview style is direct and respectful, though you never feel like she hasn’t asked the question that you want answered.

In her conversation with Jesse, Brooke shares how such a tightly edited weekly show gets made, and how she and her team choose to edit their show when cutting down for time and content. She also talks about journalistic objectivity, an ideal that she believes has no business dictating any part of the relationship between the media consumer and producer.

Brooke has won two Peabody awards among many others, and she has written two books. One of them is a non-fiction graphic novel starring Brooke herself that covers changes in the media over the last 2,000 years. It came out in 2011 and is called The Influencing Machine.

Her most recent book, The Trouble With Reality: A Rumination on Moral Panic in Our Time came out earlier this year. It deals with the proliferation of “fake news” in our time, examining how the Trump administration uses these lies to shape reality. You can listen to On The Media every week on your local public radio station, or you can download the podcast. If you’re not already subscribed, do it! Seriously.