Hello, hello!  This week, we sat with the great Open Mike Eagle, to talk rap, comedy, architecture, and mental health for touring musicians! I first met Mike a few years ago, when Aimee and I, along with Mike, were guests on a PAUL F. TOMPKINS show in Los Angeles, and we had such an amazing time hanging and talking with him at the show, that we stayed in touch. Now, I assumed that Mike knew Paul in the way that we comedy-adjacent musicians ALL know our comedian friends – the exact context in which we were meeting that day – guests on someone’s show – that’s how it works!  Hell, that’s how AIMEE and I really got to know each other.  HOWEVER, Mike has a little bit of a different story of how he came into Paul’s orbit, and I thought it was pretty hilarious.  I’ll say no more here, but it gets revealed in the course of this interview.

I’ve loved his music for a long time – he’s an incredible lyricist, a much better singer than he thinks he is, and wildly creative in about fifteen other ways as well.  One little Easter Egg that I’m proud of, is that he and Aimee were tied at 60 in the Village Voice’s Pazz & Jop poll for 2017, and I was just below them at 61.  That was a nice cluster to see.

*A CAVEAT* – there was a slight buzz on some of the tracks that I could NOT get rid of.  I hope it’s not too distracting.

For music, merch, and news: MikeEagle.Net

Mike’s recent Tiny Desk set. I include these often because I, personally, think it’s cool to see how people handle the constraints of the space – it really brings out people’s strengths.. *I* think; and I love this one by Mike.  (Also peep our mutual friend, Jordan Katz, on trumpet, etc. in this!)

One of the tracks off Brick Body Kids Still Daydream, “Hymnal.” I just like this one a lot, and IT features an exquisite verse by Sammus, who I also love.

And here’s an example of what Mike does for every episode of The New Negroes” – Mike & MF Doom, “Police Myself”

The Art of Process with Aimee Mann and Ted Leo is the newest artistic collaboration from legendary singer-songwriters Aimee Mann and Ted Leo. Every other week, Aimee and Ted talk to friends across the creative spectrum to find out how they work. And sure, they’re friends with a lot of musicians, but weirdly not as many as you’d expect. So you’ll hear from comedians, directors, novelists, show creators – ok, yes, some musicians – writers, producers and more, as they discuss the process of turning an idea into art.

Liked Episode 16: Open Mike Eagle “What if Somebody Knocked Down the Pyramids?”? Listen to these next... 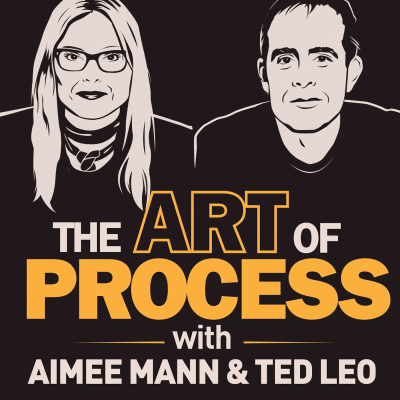 Episode 14: Chad Clark – “This is Why it’s Good to be Transparent!” 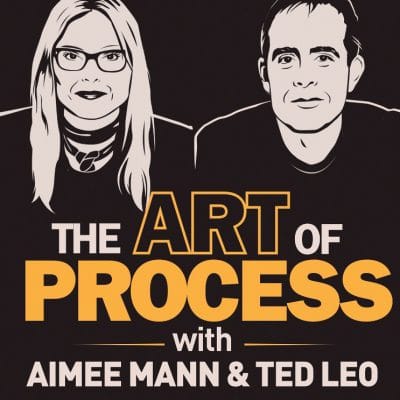 Episode 13: Ian MacKaye – “The Argument for The Conversation”

Episode 12: Jean Grae – “I Need to Create the Things That are Still Unseen”

Episode 11: Emily Nussbaum – “The Trick is to Find the Third Thing”