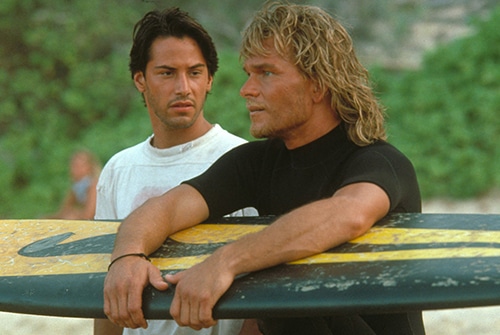 This week we’ve got writer and director Shaz Bennett on the program to talk about Kathryn Bigelow’s classic, Point Break. As Shaz says on the show, this is the movie she most wishes she had directed. She and April also discuss Shaz’s newest film, Alaska Is a Drag, which follows an aspiring drag queen turned boxer stuck working at a cannery in Alaska. The two of them dissect the masterful directing of Bigelow during the visceral chase scenes. They look at the unconventional casting of Patrick Swayze and Keanu Reeves. They praise the performance and genius of Lori Petty. And Shaz elaborates on being yourself while directing, and being close to your actors on set. April has a special connection with this film as well, having written a retrospective for Rolling Stone last year.

If you haven’t seen it yet, go watch Point Break.

With April Wolfe with Shaz Bennett.