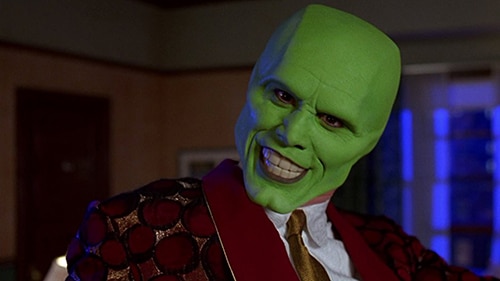 On today’s episode, we’re talking about the movie for which the masses have been clamoring. That’s right, we’ve got comedian Emily Heller on to talk about The Mask. Emily is a stand-up comedian, but also an actor and Emmy nominated writer. She’s written for ‘Crowded’, ‘People of Earth’, and most recently ‘Barry.’ On this episode, she gives April an inside look of what it is like to be in a writer’s room. She discusses how she got started as a TV writer, what she did to get hired, and what kind of pilot’s people are looking to read. She and April also dive right into the mixed messages of The Mask and how the movie is basically one giant meme. This is a hilarious episode and one not to be missed. Some would say it’s “SMOKIN’!” (Sorry).

Check out Emily’s new stand-up album, Pasta, which is out November 19th.

And if you haven’t seen it yet, go watch The Mask on HBO Go.

With April Wolfe with Emily Heller.

You can let us know what you think of Switchblade Sisters at @SwitchbladePod on Twitter. Or email us at switchbladesisters@maximumfun.org