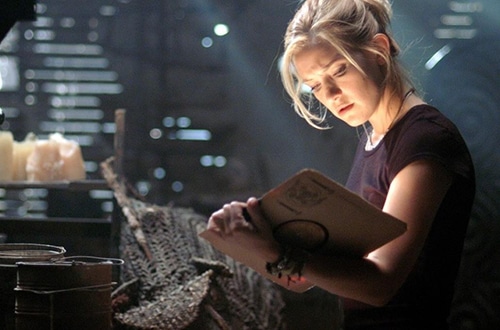 We’ve got a great episode this week with the director of the new film Lez Bomb, Jenna Laurenzo. While her film is a romantic comedy about a woman attempting to come out to her family on Thanksgiving, the film that Jenna chose to discuss is nothing like that at all! The movie Jenna picked is 2005’s The Skeleton Key. While many have probably forgotten about this movie, we certainly haven’t. Jenna and April discuss some of the more “delicate” issues that are brought up in the film – e.g. the opening lynching scene. Plus they touch upon the genius of Gena Rowlands and John Hurt. Jenna dives deep on the process of making her debut feature. She elaborates on how she was able to secure actors like Bruce Dern, Kevin Pollak, and Cloris Leachman for a film she shot in her own parents house. And she explains the lessons she learned from working with the Farrelly brothers.

Check out the trailer for Lez Bomb which will be in select theaters on November 9th.

And if you haven’t seen it yet, go watch The Skeleton Key

With April Wolfe with Jenna Laurenzo