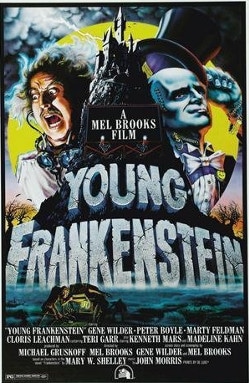 This week we are elated to have the director of the new film The Miseducation of Cameron Post, Desiree Akhavan. The film stars Chloë Grace Moretz as a young gay teenager in the early ’90’s forced to attend a conversion therapy camp. Desiree’s choice of film to discuss this week is Mel Brooks’ Young Frankenstein. Desiree shares her special connection to the film and how it reminds her of her father. She is also critical of the movie, in particular the scene where Frankenstein’s monster “ravages” Madeline Kahn. April and her explore how certain jokes have not aged well. Desiree discusses directing her current film; working with Chloë Grace Moretz, not making Christianity the butt of a joke, and trying to make her version of a “John Hughes film.” She also bemoans the fact that American studios are totally unwilling to take any creative risks and how she had to move to London to get her TV show made.

You can see The Miseducation of Cameron Post in theaters now.

And if you haven’t seen it yet, go watch on Young Frankenstein

With April Wolfe with Desiree Akhavan