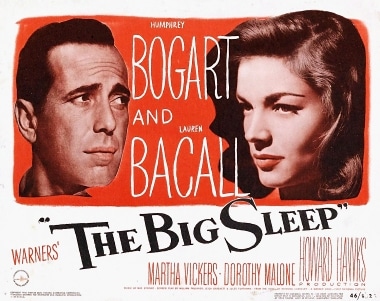 In a spectacular new episode, director Martha Coolidge (Real Genius, Valley Girl, Rambling Rose) joins April to discuss Howard Hawks’ The Big Sleep. The two of them dissect the film: the amazing script by Leigh Brackett and William Faulkner, the electric chemistry between Lauren Bacall and Humphrey Bogart, and the masterful directing of Howard Hawks. Plus Martha relays some truly remarkable stories from her celebrated career, including the time the producers on one of her movies secretly cast a prostitute in her film. She also talks about discovering Nicolas Cage for Valley Girl, her work as the DGA president, and screening a film for Princess Diana. This episode is a wild one.

If you haven’t seen it yet, go watch The Big Sleep

With April Wolfe and Martha Coolidge