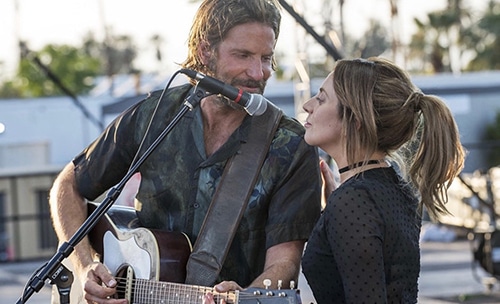 A Star Is Born
A more perfect episode could not be cultivated for our guest Louis Virtel. We discuss the big hit of the fall A Star Is Born. As an added bonus, we go deep on something near and dear to the hearts of Alonso and Louis, the 50th anniversary of the release of Barbarella. Ever the Jane Fonda fan, Louis dives deep on the filmography of one of the greatest movie stars of all time. PLUS, Ricky elaborates on the oeuvre of The Wu-Tang Clan (AKA the “Wu-vre”). Alonso praises Taylor Swift. And Drea is amped on the new season of ‘Dr. Who.’ To finish out the episode, as always, we’ve got staff picks.

In news, James Gunn gets a new gig, there’s a really weird profile of Drew Barrymore on the Egyptair in-flight magazine, and Richard Dreyfuss has some ideas on how to make Jaws better.

You can listen to Louis every week on Keep It.