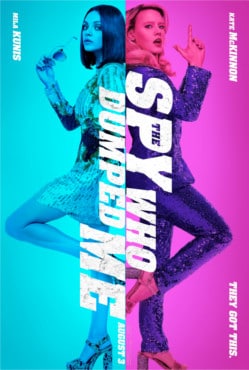 The Spy Who Dumped Me
This is truly a clash of the titans. Drea Clark and Inkoo Kang are featured in the SAME EPISODE! That’s right, it’s an action packed show where the crew is discussing The Spy Who Dumped Me. Inkoo grills Ricky by asking him, “Why do you hate women?” (She’s joking, fyi). Drea cements her status as the show’s “wacky neighbor.” April can’t stop listening to The Tammy’s Egyptian Shumba. And Ricky stans for his main man Eddie Murphy. Plus, the gang attempts to name their top 5 comic duos of all time. And as always, staff picks.

In news, Jean-Luc Picard is back, Crazy Rich Asians turns Netflix down, and Steven Seagal is appointed a “Special Reperesentative” of Russian Foreign Ministry.