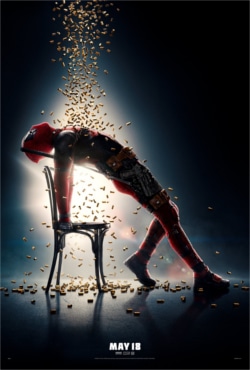 Deadpool 2
We’ve got fellow Max Funster, co-founder of RocketJump, director, and host of the Story Break podcast Freddie Wong on the program. He joins Ricky, April, and Drea to discuss everything Deadpool 2; the jokes, the violence, and the onslaught of cameos. April introduces the rest of the gang to the expression ‘Tits to the glass.’ Freddie warns Deadpool cosplayers that they might not be as funny as they think they are. PLUS, the crew takes a look at the beautiful tradition of adapting video games from popular movies. And they even try their hand at adapting a few themselves!

In news, Michelle and Barack Obama get a “storytelling partnership” with Netflix, The Human Centipede director gets a new film, and Donald Glover asks “How can you not be pansexual in space?”