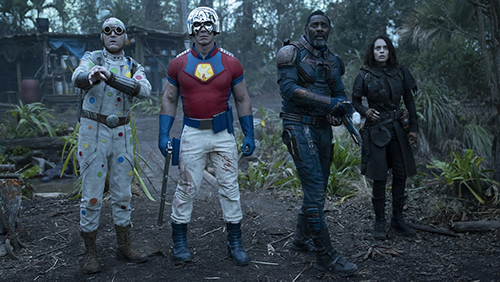 This week we are not talking about “A” suicide squad, we’re talking about “THE” Suicide Squad. And joining our discussion, all the way from Australia, is author, screenwriter, and film curator Maria Lewis. We also answer a question from the ‘Hotline’ about favorite side characters in movies. And, as always, we’ve got ‘Staff Picks.’

In news, Marvel pays its writers diddly-squat for storylines adapted into movies and Quentin Tarantino reveals a disturbing tidbit about his childhood.

This podcast is sponsored by BetterHelp and Maximum Film listeners get 10% off their first month at BetterHelp.com/MAXFILM.

Liked Episode 206: ‘The Suicide Squad’ with The Maria Lewis? Listen to these next...

Episode 272: ‘The Wonder’ with Leah Greenblatt

Episode 271: ‘Causeway’ Has Been to Nawlins

Episode 269: ‘Till’ with Robert Daniels