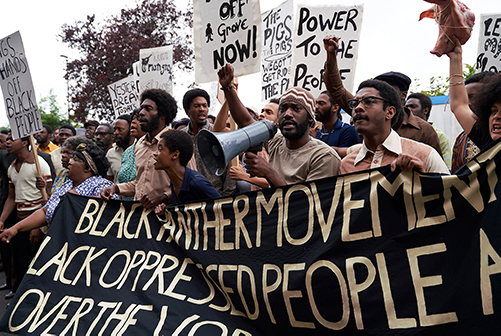 Mangrove and Red, White and Blue

This week we are diving into Steve McQueen’s Small Axe series on Amazon Prime by discussing two of the films; Mangrove and Red, White and Blue. We chose to pair these two films because they both explore police brutality in London’s West Indian community. Ify also reveals that he thought the Black, British filmmaker Steve McQueen was the same person as the white, American actor Steve McQueen, who died in 1980. But no one’s perfect. We also take a call from the “Who Shotline” asking us which other directors we’d like to see direct Justice League. And, as always, we’ve got “Staff Picks.”

Plus, we must ask a simple favor. Please tell us a story about why you support our show! What do you think about us? What do we mean to you? You can email us at memberstories@maximumfun.org or call our Google hotline at (323) 601-8719.

Liked Episode 187: Steve McQueen’s ‘Mangrove’ and ‘Red, White and Blue’? Listen to these next...