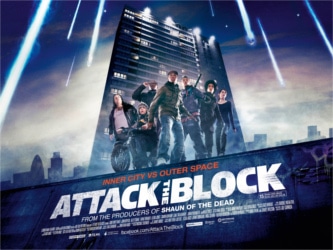 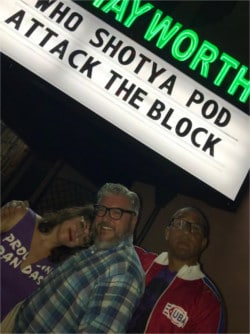 The Crew
It’s our BONUS episode ya’ll! This was a live show recorded on July 5th at the Dynasty Typewriter theater in Los Angeles. We present to you – Attack The Block. The film was screened for the audience followed by a discussion. Ricky, April, and Alonso are joined by LA Times film reporter Tre’vell Anderson. The crew goes through what they love about this film and why it’s still so resonant today. Tre’vell compares the film to another classic, Leprechaun in the Hood. Plus the gang takes questions from the audience. A rousing good time for all!