Listener beware, you’re in for a scare — It’s a brand new episode of Go Fact Yourself!

Roxane Gay is an award-winning writer and culture critic. Her books and blogs feature tons of biting insight that’s endeared her to millions of readers. Her best advice for aspiring professional writers? Be relentless. She’ll explain that and why she still has blind spots when people ask her for the answers to their problems. You can also see Roxane’s writing in her newsletter, “The Audacity.”

Ricky Duran is a singer-songwriter who first made a name for himself on the NBC show “The Voice” in 2019. The show is all about joining up with one of four professional musicians to both win the show and help with your career. Ricky will tell us what he got from his mentor, Blake Shelton who still helps him to this day! Ricky’s new single “Waiting on You” is available now.

Our guests will answer trivia questions about childhood movies that could thrill, chill and delight!

If you or someone you know is in crisis, please call the National Suicide Prevention Lifeline at 800-273-TALK (8255), or contact the Crisis Text Line by texting TALK to 74174.

What’s the Difference: Sure Shot

What’s the difference between “ensure” and “insure”?

What’s the difference (to a bartender) between a jigger and a shot? 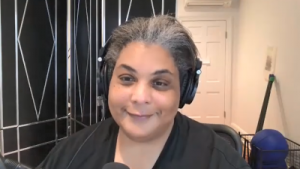 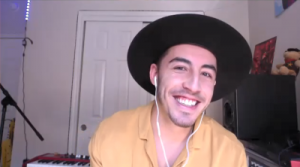 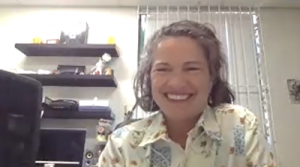 Heather Langenkamp, award-winning actor and producer, whose many credits include playing the lead character in A Nightmare on Elm Street. 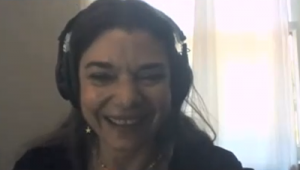 Laura San Giacomo, award-winning actor, whose many credits include the shows “NCIS,” “Just Shoot Me,” and the film Pretty Woman.