Strike up the band! It’s a music-filled episode of Go Fact Yourself! 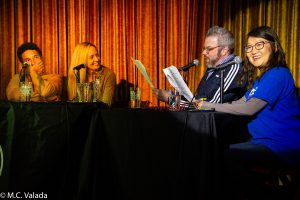 Oscar Nunez  is best known for his role as Oscar Martinez in the classic NBC comedy “The Office.” Between its original run on television and streaming distribution on Netflix, it’s earned fans of all ages. Oscar will tell us all about some of his most memorable moments in front of the camera, including sharing a kiss with Steve Carrell and performing a strip-tease for Betty White. You can see Oscar on the Netflix series “Mr. Iglesias.”

Oscar will compete against Molly Knight, journalist for the sports publication The Athletic. She mainly covers the Los Angeles Dodgers baseball team. She’ll share her insights into the Houston Astros’ sign-stealing scandal that she says robbed the Dodgers of the 2017 World Series. Plus she’ll recall simpler times in her journalistic career — like when she was a reporter for “Shopping Centers Today” magazine. Molly’s book, The Best Team Money Can Buy, is available now.

The guests will discuss the most important music of their lives, doggies and the beauty in finally quitting your day job.

What’s the difference between an interpreter and a translator?

What’s the difference between a windbag and a blowhard?

Molly Knight:  The first six solo albums of Tori Amos, the best-selling artists as per the Recording Industry Association of America, and countries of Africa. 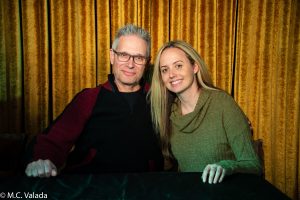 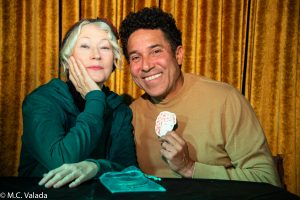 Ann Magnuson, actor whose latest credits include “The Man in the High Castle” and “Star Trek: Picard.”

Go Fact Yourself was devised by Jim Newman and J. Keith van Straaten, and produced in collaboration with Maximum Fun. The show was recorded at the Angel City Brewery in Los Angeles.