TV & film genres abound on a brand new episode of Go Fact Yourself!

Karama Horne is a writer and geek influencer. She’s also the host of “The Blerd Gurl Podcast” and the weekly “Blerd Gurl Live” on Twitch. A “Blerd” is a black nerd, and it’s not just a self-identification; Karama has spent a lot of time looking for other black people who are fans of the things she loves. Karama’s upcoming book Black Panther: Protectors of Wakanda is available for pre-order now.

Mo Rocca is an Emmy-winning correspondent for “CBS Sunday Morning.” He’s known for being well-versed in a variety of very specific subjects (“obscure presidential history,” anyone?). He also has a lifelong fascination with obituaries. You can learn more about that in his podcast and book on the subject, both titled “Mobituaries.” Oh, and he met the Pope!

Our guests will answer trivia on stories of dystopian futures and oil-rich pasts.

What’s the difference between being tired and feeling fatigued?

What’s the difference between a dose and dosage?

Karama: The anime “Ghost in the Shell,” the K-Pop group Shinee, and mason jars. 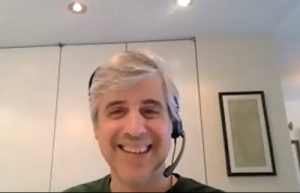 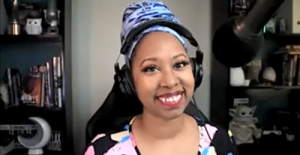 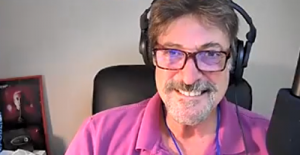 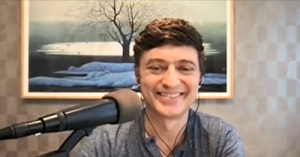 Richard Epcar and Crispin Freeman: prolific voice actors whose roles include the lead roles in the anime “Ghost in the Shell.” 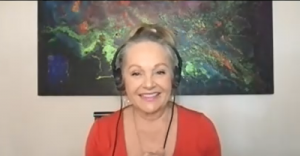 Charlene Tilton and Joan Van Ark: actors whose many accomplishments include playing mother and daughter on the TV show “Dallas,” its reboot, and its spin-off.

Continuing to be vigilant about COVID by YOU!