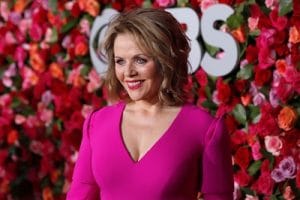 Renée Fleming is one of our greatest Sopranos. Known as “America’s Diva,” she has performed in venues all over the world, singing in acclaimed productions of operas composed by Mozart, Puccini, Verdi, Dvorak and more. If you’re no expert in the world of cabelettas, cavatinas and coloraturas, fear not! Renée has mastered jazz, country and just about every other music genre as well.

She grew up in a musical household, the child of two music teachers, and she knew from a rather early age that music was her destiny. As a teen, she took chorus classes and music theory. A few years later she attended college at the Crane School of Music at the State University of New York at Postdam. There, she joined a jazz trio. An invitation was extended for her to go on tour with the band but she had other dreams in mind.

Renée was awarded a Fulbright scholarship and attended graduate school at Julliard while performing professionally in the 1980s. Since then, she’s performed with the New York City Opera in La bohème, with the Royal Opera in London in Cherubini’s Médée and with the Metropolitan Opera and San Francisco Opera alike as Countess Almaviva in Le nozze di Figaro. She’s appeared on popular movie soundtracks including The Lord of the Rings: The Return of the King and The Shape of Water.

She’s also performed under truly unique circumstances like singing the National Anthem at the 2014 Super Bowl while 50 million people watched from home and Black Hawk helicopters flew overhead! There was also her performance at President Barack Obama’s 2009 inauguration. It was…amazing.

Lately, she’s been working on stage in musicals. Her latest, The Light in the Piazza just wrapped up in Los Angeles, with productions in Chicago and Sydney on the horizon.

Renée talk to Bullseye about managing acoustics, growing up in a musical home and not only cultivating her talent but her image, too. Plus, she gives Jesse some pretty solid music advice. What an episode!

Renée also sings the music of Brahms, Schumann and Mahler. You can listen to the album here.

Liked World-Famous Soprano Renée Fleming? Listen to these next...