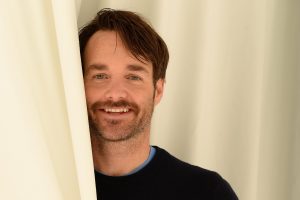 The actor and “SNL” alum on making “Extra Ordinary,” the mixed reception of “MacGruber” and staying healthy during a grueling work schedule

If you know Will Forte from one thing, it’s probably Saturday Night Live.

He was a cast member for eight years, playing characters like Greg Stink, the Falconer and — most famously — MacGruber. He also starred in and created the hit TV show Last Man on Earth, and had parts on 30 Rock and a bunch of other comedies. Plus there was the Academy Award-nominated Nebraska, in which he starred alongside Bruce Dern.

When we talked to Forte last year, his movie Extra Ordinary had just come out. It’s something of a horror-comedy set in Ireland where ghosts are real, and they can haunt just about anything — homes, processed cheese, a piece of gravel — and they’re easy to miss. Unless you have the gift of second sight.

Rose, the hero of the film played brilliantly by Maeve Higgins, has the gift. She got it from her father, a professional medium and TV host. She’s out of the paranormal game, with a steady job as a driving instructor.

Forte plays the villain, Christian Winter. He’s an American singer who wrote a hit song decades ago and is living off the royalties in a castle, not far from Rose’s small Irish town. He’s got a plan: make a deal with a devil, sacrifice a virgin, and he’ll be famous again. Of course, only Rose can stop him.

Aside from Extra Ordinary, Forte is the creator and star of the movie MacGruber. Spun off from the Saturday Night Live sketch of the same name, it’s a takeoff on the MacGyver series. And this year, a MacGruber TV show is coming to the streaming service Peacock.

In this interview from last year, Forte talks about making Extra Ordinary, the mixed reception MacGruber received and trying to stay healthy during a grueling work schedule.

Liked Will Forte? Listen to these next...