This week: a very spooky Bullseye Halloween spectacular! We’ve got Jamie Lee Curtis, Harvey Guillén from What We Do in the Shadows, and the one and only Elvira, Mistress of the Dark! 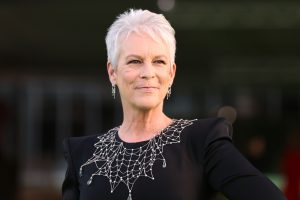 irst up: the one and only Jamie Lee Curtis. She’s had unforgettable roles in a bunch of the Halloween movies — as well as memorable roles in True Lies, A Fish Called Wanda, Freaky Friday and Knives Out.

Lately, Curtis has been reprising her first ever acting role: that of Laurie Strode, from the Halloween films. She played Laurie in the 2018 movie Halloween, and she’s returning in this year’s Halloween Kills.

Halloween Kills is, of course, a continuation in the saga of Michael Meyers. It begins right where the 2018 film left off: with Michael on the lam, and Laurie recovering in the hospital.

We talk with her about her legacy in the Halloween franchise. Plus, she’s been doing comedy for decades now, and we all know Jamie Lee Curtis is great at comedy. But does she feel like she’s any good at it?

Elvira, Mistress of the Dark on the Craziest Day of her Entire Career 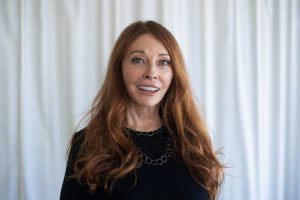 Cassandra Peterson has played Elvira for almost 40 years now. Nobody does Halloween better. She’s hosted TV shows, done live performances, even had her own movie. And now, Peterson’s telling her own story.

So when we asked her for the craziest day in her career… where do we even begin? For Cassandra, you start at the start: the day she tried out for a gig that would change her life.

Harvey Guillén on What We Do In The Shadows 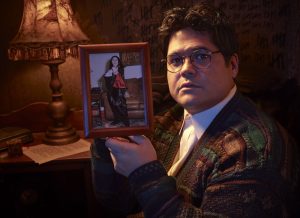 Harvey Guillén stars in one of our favorite shows on TV right now: What We Do in the Shadows.

The show follows four vampires who live in Staten Island in a big spooky house. The vampires drink blood, turn into bats — and they’re all dummies. They don’t know how the modern world works, and they don’t really care.

They depend entirely on the help of Guillermo to survive. Guillermo is what’s known as a human familiar— kind of like a butler, but for vampires.

Harvey joins us to talk about What We Do In The Shadows and portraying Guillermo. He explains why there’s a little bit of Guillermo in all of us.

Liked The Bullseye Halloween Spectacular: Jamie Lee Curtis, Elvira and Harvey Guillén? Listen to these next...