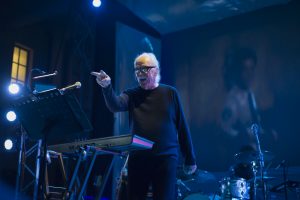 The director and composer reflects on his career in genre films

John Carpenter has made an impact on film in two different disciplines.

As a director , there’s so many memorable movies in his filmography: Halloween, Escape from New York, Big Trouble in Little China, The Thing, They Live – to name a few.

His work as a composer is just as iconic. Carpenter scored many of his early films – including Halloween. And the music he wrote has influenced an entire generation of horror soundtracks. 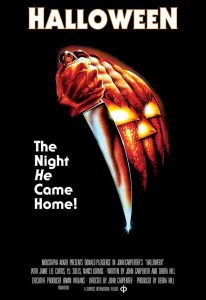 Carpenter has more or less retired from directing to focus on music. The latest batch of Halloween movies, directed by David Gordon Green, were scored by Carpenter alongside Cody Carpenter and Daniel Davies.

Just in time for the spookiest month of the year, there’s a new film in the franchise with Carpenter’s signature sound. The latest installment is called Halloween Kills, it’s out now in theaters and the streaming platform Peacock.

When Bullseye got the opportunity to talk with Carpenter, we knew just the person for the job: April Wolfe. She was previously a film critic, and former host of the Maximum Fun genre film podcast Switchblade Sisters. These days she’s a screenwriter – her latest movie is the holiday horror movie Black Christmas, which is streaming now on HBO Max.

April takes a deep dive with John Carpenter on various number of his movie projects and film scores including his Apocalypse Trilogy and Assault on Precinct 13. He also breaks down how he first composed the original Halloween theme – you might be surprised to learn bongos played an important role. Plus, what does John Carpenter want written on his tombstone? All that and so much more.

Liked John Carpenter? Listen to these next...