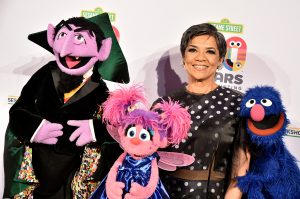 In 1971, Sonia Manzano was in her early 20s. She was a junior in college, studying acting. She had just gone back home to New York for her first gig, which was a role in an off-Broadway musical called Godspell.

While she was there, she auditioned for another part. This time it was for a kids TV show that was set in New York. She got the part, and her life changed forever. The show was, of course, Sesame Street. Sonia played the part of Maria and was one of the human friends to Big Bird, Oscar the Grouch and The Count. She performed on Sesame Street for almost 50 years, and during that time she also became a writer on the show.

Now, Sonia has a show of her own called Alma’s Way. It is an animated kids series that centers around the show’s title character, Alma Rivera. She’s a 6 year old Puerto Rican girl living in the Bronx alongside her family, friends and community members.

Check out Alma’s Way on your local PBS station or at PBSKids.org.

Sonia joins the show to talk about her new PBS Kids series Alma’s Way and her many years on Sesame Street. She’ll also share what it’s like when she meets fans in real life. Plus, she talks about her part in the original off-Broadway musical Godspell.

Liked Sonia Manzano? Listen to these next...