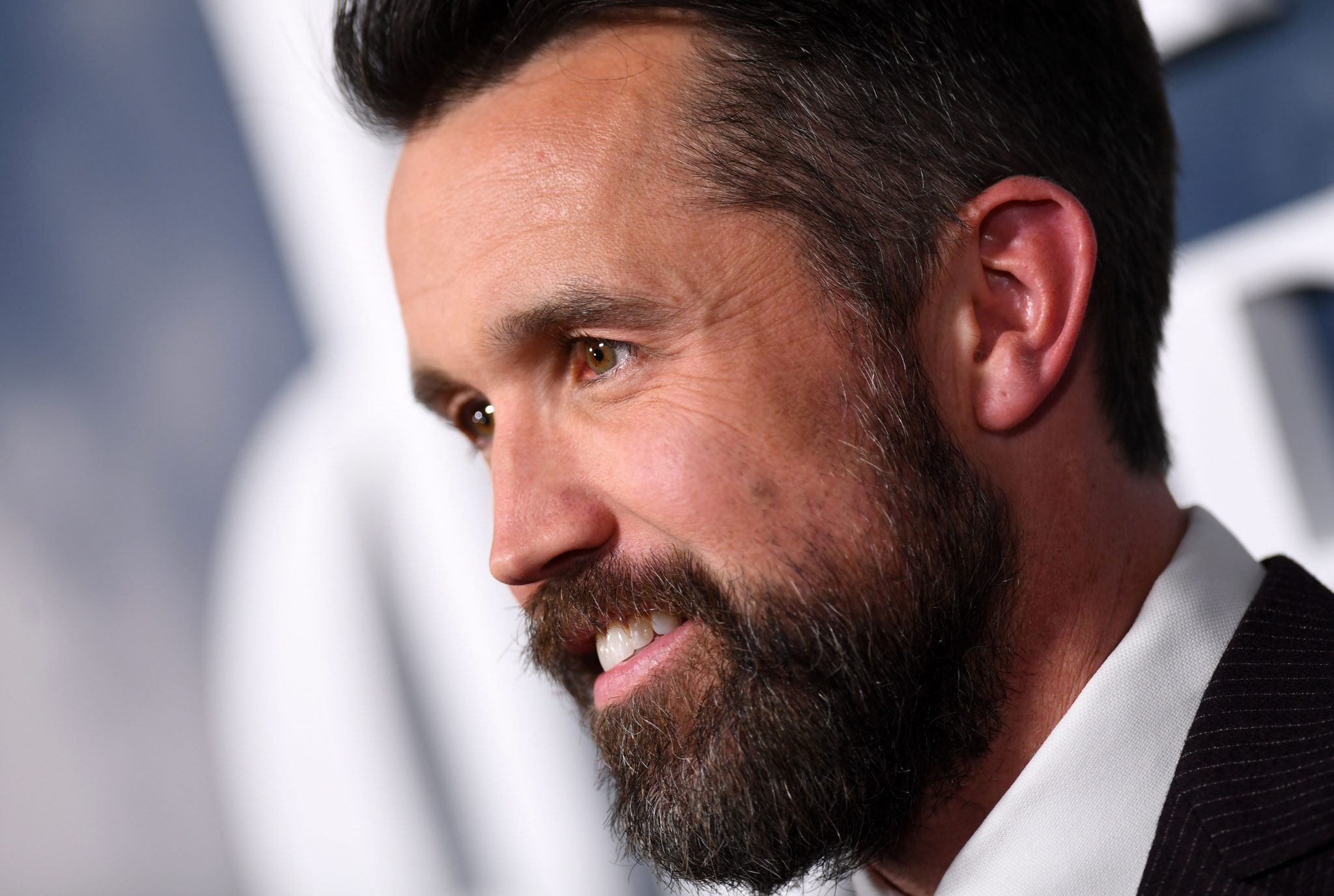 The broad strokes of the series are closely based on the actor-director’s own life.

He was born in Philadelphia. Raised Roman Catholic.

He has life-long connections to friends he made in his youth.

The insecure and woefully ignorant “Mac” couldn’t be farther from his real-life personality, however.

He got the idea for the series in the early aughts as a struggling actor and developed the series along with cast-mates Glenn Howerton and Charlie Day. From there, Danny DeVito and Kaitlin Olson joined the cast, the latter eventually becoming his real-life wife.

The show is brash, controversial and very funny.

McElhenney could have stopped there, resting on his laurels as the creator of what will soon be the longest-running live-action comedy series in American television history. Instead, he decided to strike gold again and stepped in to co-write a new project called Mythic Quest:Raven’s Banquet.

He plays Ian Grimm, the creative director of a video game development studio. Ian has similar character flaws to Mac with the exception of actually having the intellect to back up his pomposity.

The show takes on the gaming industry and the charismatic characters that embody that world. In the midst of filming for its second season, he made the difficult decision to shut down production due to the Covid-19 pandemic. A special social distance episode called Mythic Quest: Quarantine was created in its absence.

We’ll talk to Rob about growing up without a Nintendo in the house, bringing honesty to his projects and how the recent pandemic impacted his show’ production. Plus, we’ll chat about some of his favorite games growing up. All that and more on the next Bullseye!