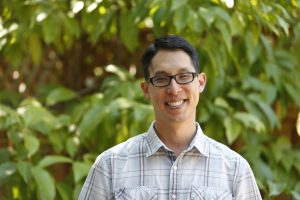 Four years ago, he won a MacArthur “Genius” grant. An honor that isn’t given to many comics creators. That same year, the Library of Congress named Gene as its Ambassador for Young People’s Literature. 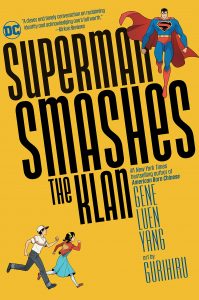 These days Gene’s working at DC Comics as a writer of the New Superman comics. His latest work for DC can be found in the new graphic novel Superman Smashes the Klan.

But not too long ago Gene was a teacher. He taught computer science at Bishop O’Dowd High School in Oakland, California. The school was known for its basketball program. Gene wasn’t exactly a sports guy, but he took an interest in the team.

He wrote a graphic novel about it – Dragon Hoops follows the year he spent observing the high school’s basketball team and their road to the state championship. It’s also sort of a memoir. That year at Bishop O’Dowd would end up being his last, when Gene took a full time gig at DC Comics. 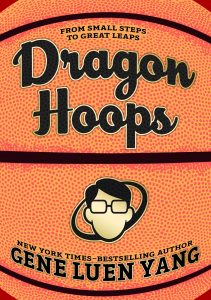 Both books are great and we’re thrilled to have Gene on the show. Jordan Morris fills in for Jesse on the latest episode. They’ll geek out about Marvel superheroes, DC Comics, and attending comic conventions. Gene and Jordan also talk at length about the decision to pit Superman against the KKK, and discuss Superman as an allegory for US immigrant experience.

Superman Smashes the Klan and Dragon Hoops are out now.