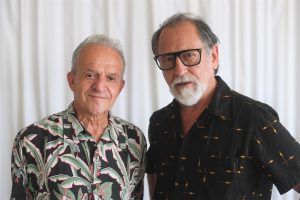 Street Writers back in print for the first time in decades

The book featured black and white photographs, mostly portraits, all shot in and around Los Angeles’ East side. In Street Writers, you see a lot of young people – teenagers, children, young adults.

They’re sitting on bleachers, playing in the storm drain, jogging past a liquor store. It was all shot by this young Italian photographer – Gusmano Cesaretti.

And pretty much all of Cesaretti’s photos have one thing in common: graffiti. On the walls of shops, abandoned buildings, the river. Pretty much any blank canvas.

The script is jagged and strange, but also neat and uniform – almost like ancient runes. Alongside the writing, you’ll maybe see the occasional skull.

Cesaretti’s photography in the book is arresting and dramatic. He’s compassionate towards his subjects, and honest about the circumstances they live in. 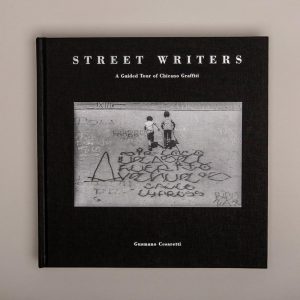 Street Writers was re-published earlier this year for the first time in decades. Jesse Thorn talked with Gusmano, and Chaz Bojórquez , a veteran street artist and one of the book’s original subjects.

They’ll talk about how the Los Angeles neighborhoods Gusmano photographed have changed. Plus, Chaz on his decades long career as a graffiti writer, and the thrill he gets knowing he’s never been caught doing graffiti.

To buy a copy of the new Street Writers, visit the book’s official website.

Liked Photographer Gusmano Cesaretti, and graffiti artist Chaz Bojórquez? Listen to these next...