Content warning: We normally bleep swear words on the show that some listeners might be sensitive to. For Loudon’s performance, we’re making an exception. His songs will be played uncensored in this podcast episode. 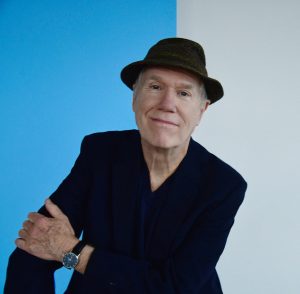 Loudon Wainwright III is a singer and songwriter. He began his folk career in the late 60s, and released his self-titled debut in 1970. His first hit in the early 70s was a novelty song called “Dead Skunk In The Middle of the Road.” Although he’s occasionally referred to as a novelty singer, his broad musical catalog has proven that to be untrue.

The best Loudon Wainwright songs are unrestrained and honest – sometimes brutally so. Sometimes they’re funny, sometimes they’re sad. Sometimes he howls them at the top of his lungs, and other times they’re whisper quiet. He’s written openly about his periodically strained relationships with his father, his own children, his ex wives, and the grief he felt following the death of his mother. His talent combined with this vulnerability is what keeps his fans hooked.

Loudon recently turned 75 and commemorated this milestone with an album called Lifetime Achievement. He’s still got it.

Liked Loudon Wainwright? Listen to these next...