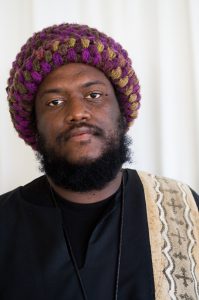 Kamasi Washington is a generational talent. Possibly one of the greatest living saxophone players.

But to define Kamasi Washington by the people he’s collaborated with is doing him a disservice. On his own, he’s a visionary bandleader with over half a dozen solo records to his name. He broke through in 2015, with his three hour long instant classic The Epic – a record that found its way to a bunch of top ten lists.

If you fell in love with the work of Alice Coltrane or Pharoah Sanders, you’ll hear something familiar in Kamasi’s music. Like them, Kamasi writes songs from a transcendent – almost spiritual place. It’s strange and lush, there’s usually a melody that hypnotizes you.

These days, he’s getting back to playing live music. With a handful of shows on the horizon all over North America this fall.

Kamasi Washington talks about his time playing sax in bands, as a composer and bandleader. Plus, he’ll reflect on one of his first major gigs with Snoop Dogg and collaborating with Kendrick Lamar on To Pimp A Butterfly. Of course, we also dive into his nearly unbeatable Street Fighter II skills.

This interview originally aired in November of 2018.

Liked Kamasi Washington? Listen to these next...