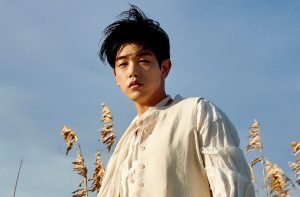 The Song That Changed My Life gives us a chance to talk with different artists about the music that has inspired them. On the latest installment, we are joined by Eric Nam.

Eric is an Atlanta-born singer, songwriter, and entertainer. He has worked with Timbaland, Gallant, Craig David, and a bunch of others and has headlined festivals like KCON and the Seoul Jazz Festival. He is also a host, personality, and interviewer for a bunch of different Korean TV networks and has been named Man of the Year by GQ Korea.

Eric recently released an album called There and Back Again and just wrapped up a solo tour of the US where he sold out literally every venue, including in his hometown of Atlanta.

When we asked him about the song that changed his life, he took the name pretty literally. He picked John Legend’s “Ordinary People.” The song that propelled him to stardom.

Liked K-Pop singer Eric Nam on the John Legend song that changed his life? Listen to these next...