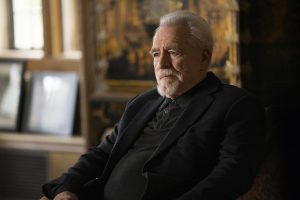 Brain Cox on Putting the Rabbit in the Hat and Succession

On the latest episode of Bullseye, more Succession intrigue! This time around we’re joined by Brian Cox who portrays Logan Roy on the show.

Brian Cox has hundreds of credits acting with a career spanning decades. He’s a legend on stage and on screen.

He’s had award-winning performances with the Royal Shakespeare Company. He portrayed the original Hannibal Lecter in the 1986 thriller Manhunter, and the headmaster of Rushmore Academy in the Wes Anderson classic Rushmore.

Succession is about the mega-rich, dysfunctional Roy family and the giant media empire they control. Brian’s character is the family’s patriarch… and maybe the coldest, grumpiest man on television today.

The ensemble cast is incredibly complex and sharp. Cox’s portrayal of Logan is no exception.

Brian Cox has had an interesting life. He wrote all about it in a memoir. Putting the Rabbit in the Hat covers his childhood, growing up in postwar Dundee, Scotland. He recounts his time studying and performing Shakespeare in the U.K., and his big break into TV and movies in the ’90s.

In this conversation, Brian Cox opens up about some of the most tumultuous challenges he faced as a child. He’s done a lot of classical theater – and we’ll talk about how all that training has informed his role on Succession.  Plus, we ask him some questions straight from twitter. Folks were really interested in his role in the cult classic Super Troopers – we get into it and so much more.

Liked Brian Cox? Listen to these next...