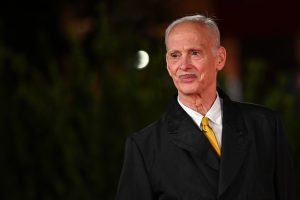 John Waters talks with us about Pasolini’s controversial 1975 film

Content Warning: this segment contains some graphic descriptions of torture, sex and violence.

Artists, musicians, and filmmakers are often inspired by what they see or hear. Sometimes that thing is so great, they tell us they wish they made it themselves. It happens so often we made a segment about it called I Wish I’d Made That. In this episode, you will hear from the one and only John Waters. The man behind Hairspray, Crybaby, and Pink Flamingos.

When we asked him if there was any piece of media or art he wished he made, he picked 1975’s Salò, or the 120 Days of Sodom. A film directed by Pier Paolo Pasolini. The release of the film was controversial and the movie was banned in several countries.

Salò might be one of the most upsetting movies ever made. However, we’re talking with John Waters, aka “The Pope of Trash,” in this episode. It’s no surprise he finds beauty in the film’s deeply disturbing premise.

Recently, John Waters released Prayer to Pasolini from Sub Pop Records. It’s an audio tribute to the Italian director that was recorded at the site where he was murdered. It features Waters speaking in tongues, among other things. You can check it out here.

Liked I Wish I’d Made That: John Waters on Pier Paolo Pasolini’s Salò? Listen to these next...