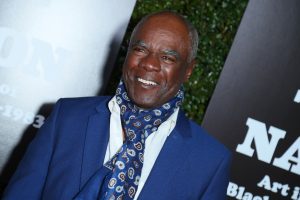 Actor Glynn Turman on Ma Rainey’s Black Bottom, Cooley High, and his marriage with the Queen of Soul

We’re back with our first new episode of the year! It’s already one of our favorites in recent memory.

Actor Glynn Turman talks with us about his extraordinary life.

His first big role was at 12, in the original Broadway production of A Raisin in the Sun – he performed alongside Sidney Poitier, Ruby Dee and Louis Gossett Jr.

In 1975, he starred in the hugely influential film Cooley High. He played mayor Clarence Royce on The Wire, Doctor Senator on the most recent season of Fargo.

His latest role is in Netflix’s Ma Rainey’s Black Bottom. It’s a film adaptation of the August Wilson play of the same name. The story centers on a fateful recording session of “Mother of the Blues” by Ma Rainey in 1927 Chicago. Glynn stars alongside Viola Davis and the late Chadwick Boseman in his final role.

Glynn’s been in the game for over half a century – he reflects on his past roles and future ambitions. We also discuss what it was like working with Chadwick in his final film role. Plus, he shares an incredible story about how he met his second wife … Aretha Franklin.