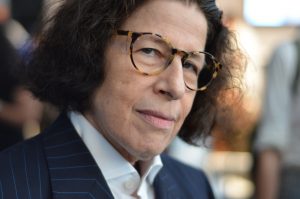 Fran Lebowitz has lived in New York City pretty much her entire life. Her written work often provided American social commentary through her unique lens as a New Yorker.

Some of her most notable written works include Metropolitan Life, Social Studies and The Fran Lebowitz Reader.

While her writing is now iconic, it’s been decades since she last published something. These days she makes a living talking. She talks about politics, about New York and how it’s changed.

Fran speaks plainly, and doesn’t beat around the bush. Whatever is on her mind, she has tons of opinions.

Fran’s one of the most charming, captivating talkers around. She also, kind of personifies New York City. Which makes her the perfect subject of the new Netflix docuseries Pretend It’s a City.

In the seven part series, Martin Scorsese chats with Fran about a number of topics including her relationship with New York, Manhattan in particular

Fran joins guest host Julie Klausner to discuss the new TV series about her. They cover a lot of ground, including Fran’s thoughts on: the Camp exhibit at the Met, outdoor dining, Dr. Fauci and more!

“Pretend It’s a City ” is streaming on Netflix now.

Liked Fran Lebowitz? Listen to these next...