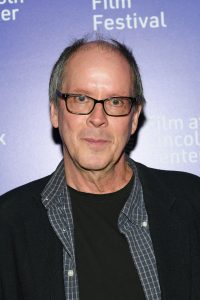 Ric Burns has written, produced, and directed many documentaries over the last 25 years that capture fascinating narratives about different topics in American history. A few subjects he’s covered include New York City, The American Civil War, The Chinese Exclusion Act, and many more. His latest documentary explores the life, work, and legacy of the legendary neurologist and bestselling author Oliver Sacks.

Oliver Sacks was maybe one of the most fascinating people of the 20th century. He was an accomplished neurologist, bodybuilder, and a bestselling author who wrote books like Awakenings, The Man Who Mistook His Wife for a Hat, The Mind’s Eye. His writing – beautiful, elegant prose – focused mostly on the human brain and how it responds to the outside world. He covered migraine, tourette’s, deafness, and more.

In 2015, he was diagnosed with metastatic cancer and he discovered that didn’t have long to live. Before his death in August of that year, he approached Ric Burns about creating a documentary to tell his life’s story. In Oliver Sacks: His Own Life, Burns spent hour after hour with Sacks, interviewing him, his friends, family, his partner, Bill Hayes, and many others as they came and went. It’s an arresting, unforgettable documentary, and a coda to one of the most compelling figures of the 20th century.

Ric Burns chats with Jesse about his experience working closely with Oliver Sacks on the project before his passing in August of 2015. He also talks about how creating this film alongside Sacks changed him as a person and the way he sees the world. You can watch Oliver Sacks, His Own Life, on your local PBS station, or you can stream it now on PBS’s website and on the PBS Video App.

Liked Documentary Filmmaker Ric Burns? Listen to these next...