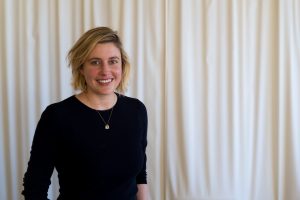 Director Greta Gerwig on Academy Award nominated film Little Women
When we last invited Greta Gerwig onto Bullseye she was probably best known as an actress. She starred in Noah Baumbach’s Frances Ha and a bunch of other mumblecore indies.

These days, Greta’s known as a brilliant filmmaker and director. Her directorial debut Lady Bird (2017) is one of our favorite movies from the past decade. It’s a quiet film about growth and change, all told from the perspective of a high school senior living in Sacramento.

LISTEN: Greta Gerwig talks about growing up in Sacramento and her film Lady Bird

We’ll welcome back Greta to talk about her latest – an adaptation of Louisa May Alcott’s Little Woman. The film is up for six Academy Awards this year, including Best Picture, Best Actress, Best Supporting Actress and Best Adapted Screenplay.

The plot revolves around the March family and their four daughters, set in the mid-1800s. In Greta’s take, the four young women are each determined to live life on their own terms.

The film is terrifically cast, tons of heavy hitters: Saorise Ronan, Emma Watson, Meryl Streep, Laura Dern. Greta talks about her casting choices in Little Women including her surprising choice of Bob Odenkrik as father March. Plus, what the book meant to her growing up, and why she’s shocked that this version of the adaptation even exists.