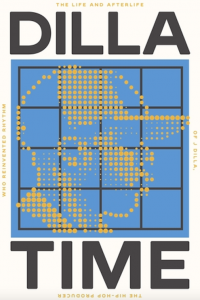 Dan Charnas on his new book and J Dilla’s legacy

Dan Charnas has made a career of lecturing and writing about hip-hop history. In his latest book Dilla Time: The Life and Afterlife of J Dilla, the Hip Hop Producer Who ReInvented Rhythm, he writes about the legacy and genius of hip-hop producer J Dilla.

Dilla is one of the most significant producers in the history of both pop and hip-hop music. He got his start making beats in his bedroom at age 11 under the influence of his father, a jazz bassist, and his mother, an opera singer.

In high school, he linked up with two friends and formed a hip-hop group, Slum Village. It was during that time that the industry took note of his complex production of Slum Village songs.

He was eventually recruited to produce music for several big-name artists and became a household name in his own right. Dilla produced a catalog of hits for artists like Janet Jackson, Busta Rhymes, The Pharcyde, A Tribe Called Quest, The Roots and countless others.

His career was brief, tragically. Dilla started working in the mid-1990s and continued up until his death in 2006. His solo album Donuts was released just three days before his death and became an instant classic.

Dan Charnas discusses his new book, Dilla’s impact that still influences musicians to this day and the immeasurable legacy he left behind.

Liked Dan Charnas on his new book “Dilla Time”? Listen to these next...