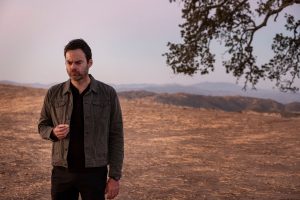 Many know Bill Hader from his time on Saturday Night Live. He was kind of an impressions guy — he did a mean Alan Alda. One of his most memorable characters was Stefon from Weekend Update. He left the show in 2013 and went on to perform in movies like Trainwreck, Inside Out and Sausage Party. He also starred in the IFC show Documentary Now! along with fellow SNL vet Fred Armisen.

His latest project is a TV show called Barry, which is in the middle of its third season. Hader joined the Bullseye in 2018, right as the show had launched. If you haven’t seen it yet, it is very different in tone from pretty much anything he’s done before.

Hader stars as the show’s title character, Barry Berkman. He is an ex-marine, turned low rent hitman in Ohio, turned aspiring actor in Los Angeles. That is a simple enough premise: can Barry go legit and put his old life behind?

The stakes in every scene feel real and earned. Pretty much every character is a trauma victim and Barry talks about those traumas in plain, human ways. There are also some very absurd, laugh-out-loud funny moments in the show — funny moments that are occasionally bookended by brutal violence.

Bill Hader chats with Jesse about how he prepared for his role in Barry, working as a production assistant when he first came out to Los Angeles and the influence his parents had on his taste in film. He also opens up about the struggles he’s had with anxiety and projecting his voice on stage.

This episode originally aired on April 2018.

Liked Bill Hader on ‘Barry,’ ‘SNL’ and more? Listen to these next...