This week: It’s the Bullseye Holiday Spectacular! We’ve got Ronnie Spector from The Ronnettes, singer/songwriter Sy Smith and the one and only Jane Lynch!

Ronnie Spector on her fond love for Christmas music 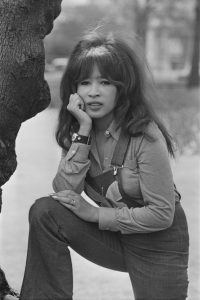 Ronnie and her girl group, The Ronettes, were the centerpiece of the Phil Spector wall of sound of the 1960s. Their huge hit “Be My Baby” still gets tons of airplay on oldies stations. Ronnie was a teenager when she started recording, and the only thing bigger than her ambition was her hair.

The Ronettes recorded some of the most iconic Christmas music ever made in 1963. It was on a project called A Christmas Gift To You from Phil Spector. It’s been a few decades, but Ronnie’s love for Christmas hasn’t faded one bit. When we spoke to her in 2010, she had just recorded a new album of Christmas songs called Ronnie Spector’s Best Christmas Ever.

We talk with Ronnie about her fond love for Christmas music. She also chats with us about her time with The Ronnets and what it was like working with Joey Ramone, one of her biggest fans.

Sy Smith on the song that changed her life 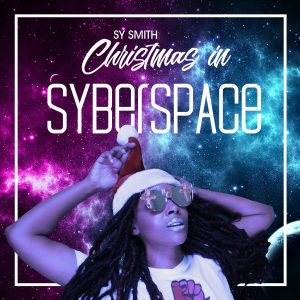 Sy Smith is a singer, songwriter and producer that lives in Los Angeles. She has been recording soul records for over a decade now and has collaborated with folks like Kamasi Washington and Thundercat. She is also an incredibly talented backup singer and has performed with Sheila E., Chaka Khan, Usher and many more.

When we talked with her in 2018, she had just dropped a fun seasonal EP called Christmas in Syberspace. She joined us for a special holiday edition of our segment, The Song That Changed My Life. It’s a chance for musicians, artists and other creators to tell us about the music that makes them who they are.

When we asked her about her new album, and if any of the songs on it had a good story that she could share with us, she talked about “My Favorite Things.”

Jane Lynch on her 2016 record A Swingin’ Little Christmas 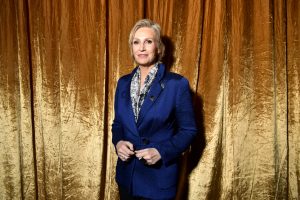 When you watch Jane Lynch, you pretty much always know you’re in for something really funny. She is great in every single Christopher Guest movie she has starred in, hilarious in the 40 Year Old Virgin, and who could forget her cameo on Only Murders in the Building?

Did you know she can sing, too? For years now, Jane has sung original swing tunes and standards all over the country with a full band and everything. When we talked with Jane in 2016, Jane and her band had just recorded their first ever Christmas record, it’s called A Swingin’ Little Christmas.

She chats with us about how the record came together and some of her holiday traditions growing up.