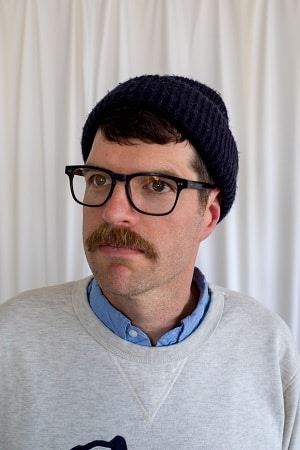 One of the most iconic things about HBO’s Veep was the way the characters insulted one another. Each insult was delivered with laser-like precision to get at each character’s insecurities. Perhaps no character on the show received more of these zingers than Jonah Ryan. He was an unlikable White House aide who went on to become one of New Hampshire’s least popular members of Congress.

Veep starred Julia Louis-Dreyfus as Selina Meyer. A narcissistic politician who, despite constantly sabotaging herself, manages to ascend to the Oval Office.

Only to lose it almost as quickly.

Jonah, Simons’ character, starts the show as a lowly staffer in the West Wing. By the final season, he’s a presidential candidate facing off against Selina. It’s a wild and funny ride.

Simons talks with Bullseye about his unique, fascinating journey to Veep. He dreamed of being a film and TV actor since he started out in Chicago. He and his wife had only been married a short time before they dropped everything and left the Windy City for Los Angeles. At the time it was a big risk. He didn’t have a gig lined up. He had never even been to California. The first time he saw LA was on his drive in from the long haul.

It was a tough transition, but soon after he landed the part as Jonah. When he went into audition he did not look the part at all. The casting directors were looking for someone short, bearded and kind of chubby. Simons, who’s slender and tall, gave the writers something different to work with. But it worked.

Simons explains why thick skin doesn’t always protect you from fictional insults. Plus, how being a dad has impacted his acting career and knowledge of elementary school handball.