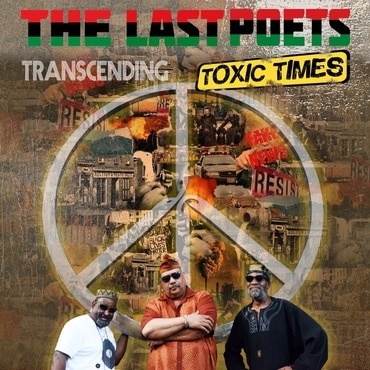 The Last Poets are more than a band, although, you could call them that as well. A collective? An idea? A movement? Sure!

Let’s back up, though. The year is 1968. In Marcus Garvey Park in Harlem, a group of black musicians, writers and activists formed a group. They called it The Last Poets. They read poems, played drums, brought in other instruments later. And when they spoke, they spoke plainly. Their message was about unity. About social justice. About empowerment. About all that was wrong with their world and all that could be done to make it better.

Their groundbreaking self-titled debut album was pressed by the same small record label that produced the likes of Jimi Hendrix and Miles Davis. The Last Poets are widely considered to be the grandfathers of hip hop genre along with Gil Scott Heron.

Over 50 years have gone by since the group formed. Dozens of members joined and left the group within that time frame. Dozens of albums were recorded. You can feel the spirit of the Last Poets in rap legends like Common, Kendrick Lamar, and Public Enemy and A Tribe Called Quest. They’ve been sampled in hundreds of hip-hop records including songs by NWA, Biggie Smalls, Digable Planets, Snoop, Dre, Madlib and many more.