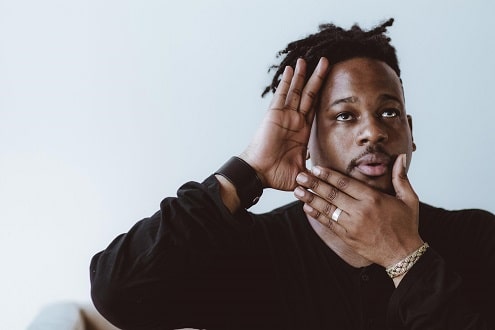 Rapper Open Mike Eagle on taking career advice from his wife.
You could call Open Mike Eagle a rapper on the rise. But it’s been a long, steady, unique rise. He was born in Chicago, moved to LA later on. For the first part of his adult life he was a teacher – he actually didn’t release his first album until he was almost 30.

In his rhymes there’s humor, which you see a lot in rap. But it’s weirder, kind of self-deprecating at times, too. His first album, “Unapologetic Art Rap” was a great example of that.

Alongside Baron Vaughn, Mike co-stars in a new Comedy Central show called
”The New Negroes.” It’s sort of a variety show – combining live stand up with original music videos Mike made with other artists.

When Bullseye talked to Mike in 2017, he’d just released a record called “Brick Body Kids Still Daydream.” His latest record – ”What Happens When I Try to Relax” – is out now.

Mike talked to Bullseye about why he used to call his music “art rap,” and why it was a lot harder to be weird in hip-hop back in the day.