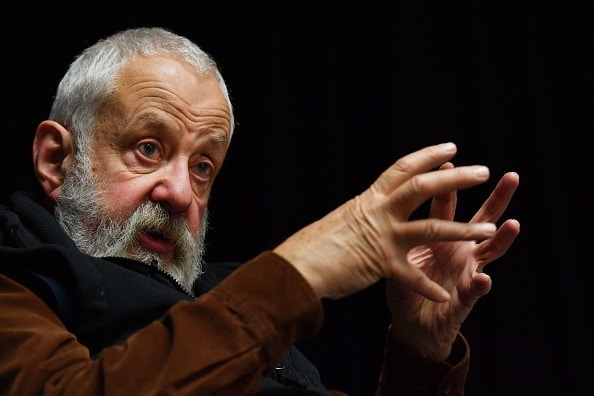 Photo:BEN STANSALL/AFP/Getty Images
Mike Leigh on his new film ‘Peterloo’
Mike Leigh is an acclaimed writer and director. His films are honest, touching and real. He has a clear, distinct work ethic guiding all of his films: to draw the realest possible performance out of his actors. It starts with a deep, collaborative study of the character. Followed by a lengthy, collaborative rehearsal process. Leigh made the films Naked, Topsy-Turvy, Secrets & Lies, just to list off a handful.

Mike joins us to discuss his new film Peterloo. It’s a historical drama set in Manchester, in the Northern part of England. Leigh’s hometown. It tells the story of the Peterloo Massacre. If you’re rusty on your English history, here’s a refresher: The Peterloo Massacre took place in 1819. The UK was still recovering from a lengthy war against Napoleon and his allies. The economy faltered, hitting England’s North especially hard.

People were asking for change. Demanding it. And on August 16 that year, they took to the streets for a demonstration. When British authorities tried to arrest one of the speakers, things spiraled out of control quickly. 18 people were killed. Hundreds more injured. Among the dead were women and children.

Mike tells us how he values finding emotional truth in historical films – even if it means fast-forwarding a year or two. Or four.

Peterloo is in theaters now.