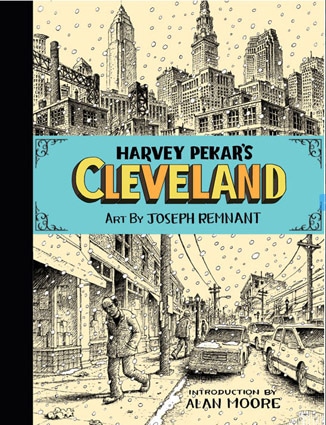 Brian Heater and Alex Zalben bring some of their all-time favorites to the table this week.
Brian recommends Cleveland by Harvey Pekar, the self-deprecating writer best known for American Splendor. Alex Zalben suggests you check out Concrete: The Human Dilemma by Paul Chadwick. 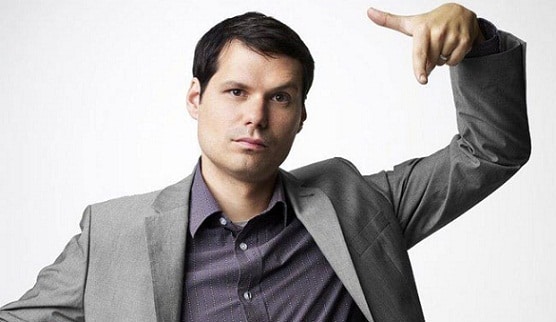 Michael Ian Black is an actor, comedian and author perhaps best known from his work with the sketch comedy troupe The State, or from his subsequent collaborations with State-mates both on television (Stella, Michael & Michael Have Issues) and film (Wet Hot American Summer). His charming smarminess made him a perfect fit for the talking-head format of VH1, but that public persona is a troubling aspect of his life — one of many issues discussed in his memoir, You’re Not Doing It Right: Tales of Marriage, Sex, Death, and Other Humiliations. He goes in-depth on the issues of his marriage, parenthood, and personhood, and the result is a book that is shockingly honest, informative, and incredibly funny.

Michael talks about re-committing himself to marriage in six week intervals, getting into stand-up comedy late in life, and his obsession with Googling “Fat Kevin Federline.” He co-hosts the podcast Mike & Tom Eat Snacks and has two new books out this year — a political commentary with Meghan McCain, and his memoir You’re Not Doing It Right. (Originally aired May 1, 2012)

(Embed or share this interview with Michael Ian Black)

If you watch the Super Bowl, or even just television, you probably know comedian Pete Holmes best from commercials, where he adorably doles out financial advice as the voice of the E-Trade baby. Last year he was named one of Variety’s Ten Comics to Watch, and with good reason. As a stand-up, Holmes has a mostly goofy and positive energy. But as he reveals on his new album Impregnated With Wonder, there is one thing that can really set him off: a bad sandwich.

You can find Pete’s podcast You Made It Weird on iTunes, or by visiting Nerdist.com. (Originally aired May 1, 2012) 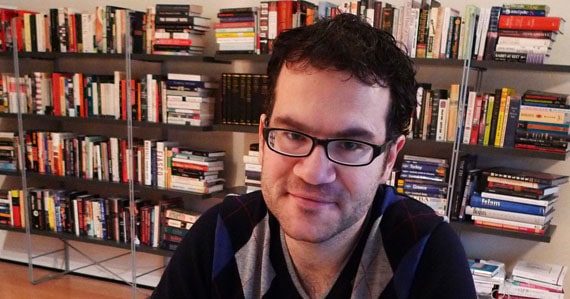 Tom Bissell is a journalist, video game critic and author whose latest book, Magic Hours: Essays on Creators and Creation, is a series of pieces attempting to capture all angles of the creative process, in all sorts of artistic forms: from Herman Melville, writer of Moby Dick, to Chuck Lorre, creator of Two and a Half Men; from the mind of filmmaker Werner Herzog to the madness of The Room‘s Tommy Wiseau. Magic Hours collects the best of Bissell’s ten-year career, with essays featured in The New Yorker and Harper’s, as well as several pieces written solely for the book.

Tom joins us to discuss the dumb luck that makes some books resounding classics of literature while others fade from the collective conscious, and the value (or lack thereof) of a journalism degree. You can find his video game writing online at Grantland.com. Magic Hours is now available in bookstores everywhere. (Originally aired May 1, 2012) 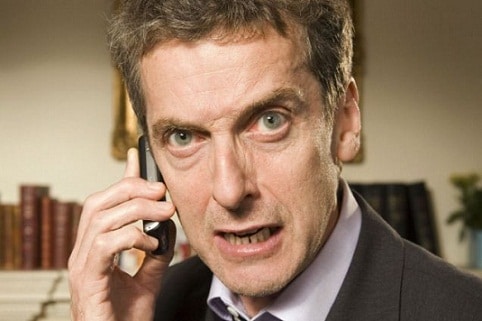 The Outshot: Malcolm Tucker & The Thick of It

On this week’s Outshot, Jesse recommends one of his absolute favorite shows, the brilliantly profane political satire The Thick of It — particularly its foul-mouthed protagonist Malcolm Tucker. The show is now available to US audiences on Hulu. (Originally aired May 1, 2012)

Got a hilariously profane favorite of your own? Don’t just keep it to yourself, f***ing tell someone by heading to the MaxFun forum and picking your own Outshot.