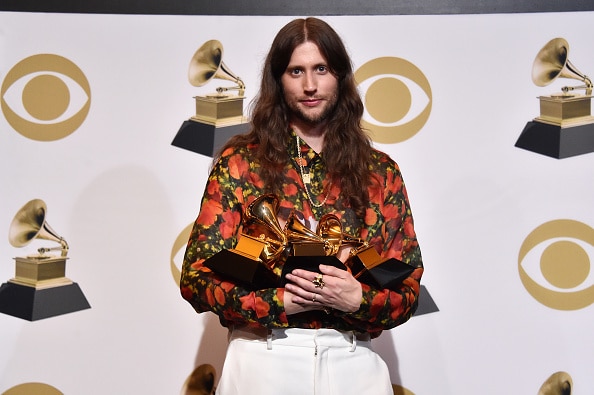 Photo: Alberto E. Rodriguez/Getty Images for The Recording Academy
The Song That Changed My Life: Composer Ludwig Göransson
Ludwig Göransson is both a composer and producer. He was born in Sweden, moved to the States in 2007, and started working in TV shows and movies. One of his first shows was Community. It was actually on the set of Community where he met Donald Glover. Ludwig’s been the principal producer on all of Glover’s Childish Gambino records.

The music he wrote for Black Panther is up for the Academy Award for Best Original Score at this year’s Oscars. Tune in Sunday, February 24 to find out if he wins.

Also, Ludwig received several Grammy awards this past weekend for his work on the Childish Gambino song This Is America – including Best Record. Congrats to Ludwig and Donald!

What song that changed his life? Enter Sandman by Metallica.