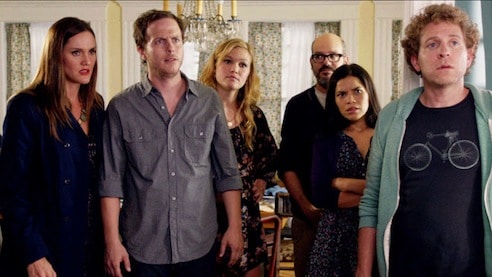 The AV Club Recommends: Desperate Ground by The Thermals and It’s A Disaster

AV Club Head Writer Nathan Rabin and Managing Editor Kyle Ryan join us this week to give their pop culture picks. Kyle recommends checking out The Thermals’ new album, Desperate Ground, a return to the band’s loud, punk rock style. From the world of film, Nathan suggests checking out It’s A Disaster, a black comedy on VOD and in select theaters about a group of friends dealing with a divorce and the approaching apocalypse.

Embed or share Recommendations with The AV Club: Desperate Ground by The Thermals and It’s A Disaster 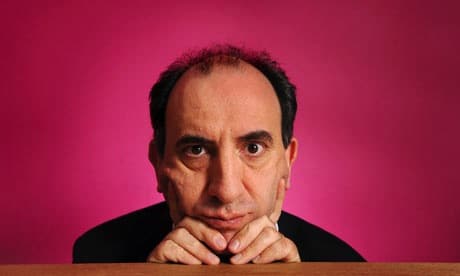 What does the career trajectory of a lifelong political junkie look like? There are the obvious choices, like a major in Political Science, law school…maybe even a career in politics. But Armando Iannucci took a different path – one that led him to Oxford, an incomplete PhD, and work writing and producing comedy, like his acclaimed political satire The Thick of It and the feature film In the Loop.

Iannucci created a new take on American politics in the HBO comedy Veep. Now in its second season, the show follows a fictional Vice President (played by Julia Louis-Dreyfus) with lofty ambitions but little actual power. Veep showcases the comedy inherent in the struggle for the political upperhand, the constant panic and exhaustion. Seemingly small gaffes quickly escalate into ridiculous catastrophes. The show’s dialogue is marked by careful attention to absurd politi-speak and some especially creative cursing.

Iannucci joins us to talk about the difference between UK and US politics, why he sympathizes with our elected officials, and conducting swearing research in Washington, D.C. 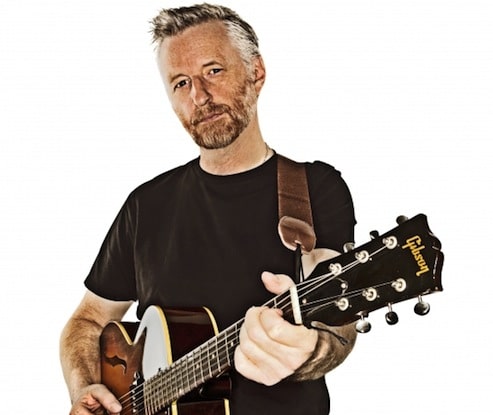 The Song That Changed My Life, with Billy Bragg: Bob Dylan’s “The Times They Are A-Changin'”

Billy Bragg performs politically-minded folk music with a punk rock edge, songs with a tone and attitude somewhere between Woody Guthrie and the Sex Pistols. But what led to him developing his voice as an artist?

As Bragg explains, one of the most pivotal moments in his life happened during his lunch break at a record store. He put on a record that changed his life: Bob Dylan’s folk anthem The Times They Are A-Changin’.

Billy Bragg is currently touring the US. You can find dates and tickets through his website.

Embed or share Billy Bragg on “The Song That Changed My Life”: Bob Dylan’s “The Times They Are A-Changin'” 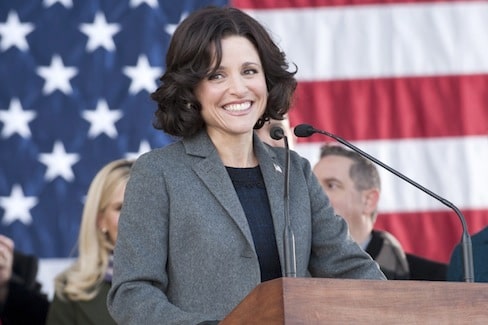 Julia Louis-Dreyfus on Tapping Into Frustation for Seinfeld and Veep

Most of us first knew Julia Louis-Dreyfus from her Emmy-winning role as Elaine on Seinfeld. Elaine flailed, fought, and danced her way into our hearts as the friend to “losers” Jerry, George and Kramer. But Louis-Dreyfus first arrived in entertainment fresh off her college comedy sketch group, as a repertory player in the Dick Ebersol-helmed cast of Saturday Night Live.

After Seinfeld, she went on to anchor several sitcoms, including The New Adventures of Old Christine, with delightful guest appearances on shows like Arrested Development and 30 Rock. Her career has now taken her to a different cast of skewed characters on HBO’s Veep.

On Veep, Louis-Dreyfus plays Selina Meyer, Vice President of the United States. Though the vice-presidency is a prestigious position, Meyer’s day-to-day work is less than impressive. Her staff members claw at each other for power and prestige. She suffers awkward encounters with the media and consistent snubs from the President (a running gag on the show is Selina’s off-hand question, “Did the President call?” The answer is usually no).

Julia Louis-Dreyfus joins us to talk about the similarities she’s discovered between show business and politics, the boys’ club that was SNL in the 80s, and a certain terrible dance that still haunts her to this day.

Veep airs on HBO on Sundays at 10/9 PM central. 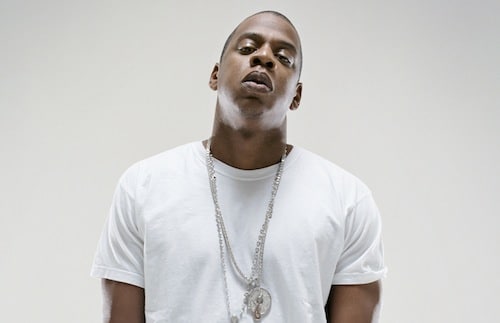 The Outshot: Threat by Jay-Z

Rap isn’t poetry – it’s its own thing. But, like poets, many of the best rappers imbue their lyrics with layers and layers of meaning. Need proof? Jesse suggests a close listen to Jay-Z’s “Threat”.