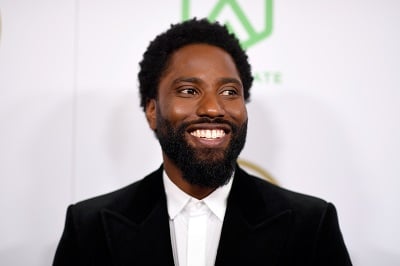 Photo: Frazer Harrison / Getty Images
John David Washington on his role in Spike Lee’s ‘BlacKkKlansman’
Before John David Washington was an actor, he was lacing up the pads every week for a career in professional football. He spanned the globe from Sacramento to Dusseldorf, Germany trying to make it work. It seems fitting that when he decided to pick up a career in acting that his breakthrough role was the portrayal of an NFL player on HBO’s “Ballers.” He definitely had the experience. In fact, he was injured from his hard work on the field when he auditioned for the role. He’s been part of the main cast of “Ballers” for four seasons, and it’s safe to say you’ll be seeing a lot more of him soon.

This week, he chats about his portrayal of Ron Stallworth in Spike Lee’s “BlacKkKlansman.” It’s a fantastic performance – his role in the film earned him a Golden Globe nomination earlier this year. It’s a compelling and complex look at the life of the first African-American police officer and detective in the Colorado Springs Police Department. The film is based on Stallworth’s 2014 memoir, which details his experience investigating the local chapter of the KKK with the help of a white undercover officer.