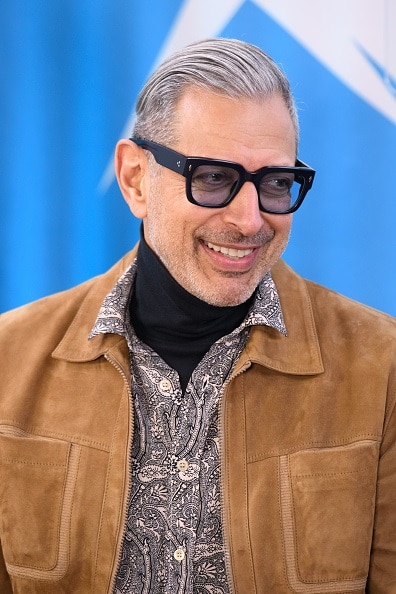 Photo:Daniel Boczarski/Getty Images
Jeff Goldblum on his new film The Mountain, acting and fatherhood.
No matter what your age, chances are you grew up with Jeff Goldblum somewhere in your life. Jeff has been turning in classic film and TV performances for over four decades. There was that time he and his alien buddies set course for planet Earth, based solely on the hunch that there might be babes there. Then, there was the time he teamed up with the Fresh Prince to help the Earth defend itself from a swarm of aggressive aliens who destroyed the White House. And who could forget about that time he accidentally turned himself into the BrundleFly? Truly iconic! It’s hard for us to pick our favorite Jeff performance. He’s been consistently good for so long we kind of take it for granted.

Jeff made his film debut in the 1974 revenge fantasy Death Wish where he played “Freak #1.” Since then, his name has become synonymous with charismatic performances and a unique line delivery that is second to none.

Jeff joins us to talk about his new film The Mountain. It’s a haunting look back at the mental health field during the 1950s. He plays Wallace Fiennes, a doctor touring the US touting the benefits of the transorbital lobotomy. Despite evidence to the contrary and more effective treatment options becoming available, his character continues to perform the dangerous and controversial procedure. Although the film deals with some dark themes, Jeff’s Dr. Fiennes is electric on screen.

He’ll also talk to us about his work on Invasion of the Body Snatchers, how using the Meisner technique helped improve both his acting as well as his interpersonal relationships and his latest role as a father of two boys. Plus, he’ll tell us how aggravating an infamously grumpy director prompted some of the greatest acting advice he’s ever received.

When he’s not working on screen Jeff can be heard making wonderful jazz music with his backing band The Mildred Snitzer Orchestra. If you live in Los Angeles, you can seen them play live at The Rockwell in the Loz Feliz neighborhood. If you’re not in LA, you can check out their latest album here.

The Mountain is now playing in selected theaters nationwide.