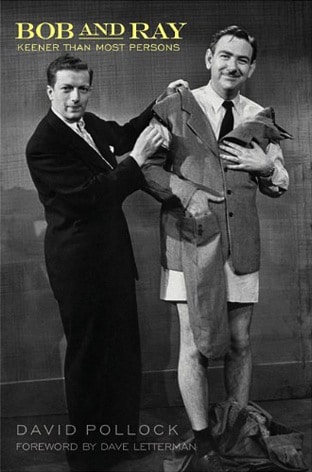 The Comic Chemistry Of Bob & Ray with Writer David Pollock

Your favorite improvising comedians, whether they realize it or not, are descendants of Bob Elliott & Ray Goulding. Their signature satirical sketches, performed equally for their own entertainment as for that of their audience, continually broke new ground in the world of comedy. What started as a simple dream to be radio announcers culminated in a career spanning five decades, performances at Carnegie Hall, and a legacy as two of the funniest radio and television personalities since those job titles came into existence.

David Pollock has written for some of the most important sitcoms of the 70s, 80s, and 90s, including Full House, Frasier, Growing Pains, Cheers, M*A*S*H, and The Mary Tyler Moore Show. His new book, Bob and Ray: Keener Than Most Persons, is a detailed history of Bob and Ray, and provides some serious new insight about the comedic duo.

Pollock tells us about Bob and Ray’s most hilarious on-air moments, how they invented the concept of comedy in advertising, and the magical chemistry that kept Bob and Ray improvising for over 40 years. 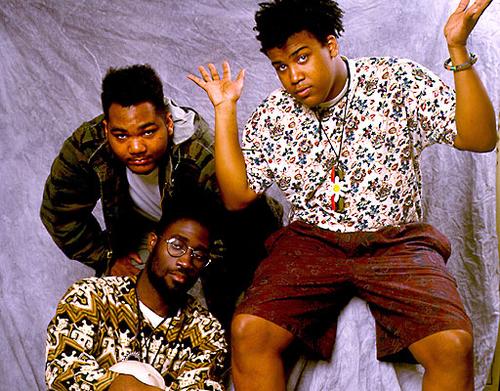 First he recommends the menacing Memphis track Victim Of A Driveby (Mask And The Glock) by Triple Six Mafia feat. SOG & Lil Glock, off their 1994 “Smoked Out Loced Out” tape from Prophet Entertainment. 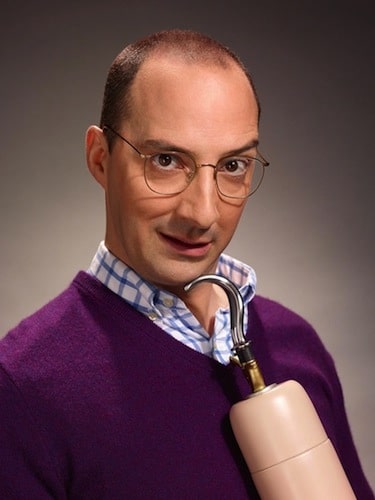 The Frightened Roles of Tony Hale

No character epitomizes Arrested Development’s eponymous theme like Buster Bluth. Giving his mom back rubs, dating her best friend, and sucking cigarette smoke from her mouth while she’s under house arrest–Buster is an eerie Oedipal manchild to the nth degree.

Both characters are played by Emmy-nominee Tony Hale, whose comedic facility with the role of obsequious mama’s boy is unmatched.

Tony sat down with Jesse last year to discuss the humor of the behind-the-scenes world of politics, Buster Bluth’s comedic inspiration, and the role his faith plays in his acting career. The third season of Veep will air on HBO in the spring of 2014. 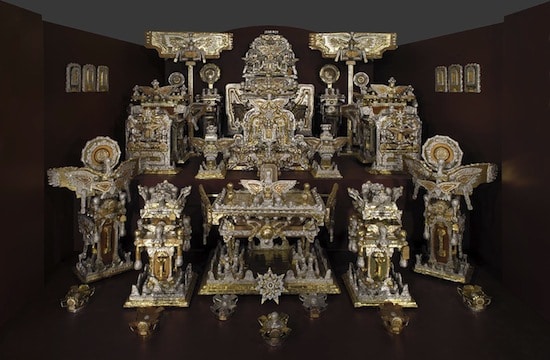 The Outshot: The Throne Of The Third Heaven of the Nations’ Millenium General Assembly

In this week’s Outshot, Jesse tells the story of a man who secretly spent the last fifteen years of his life building something amazing in a rented garage.