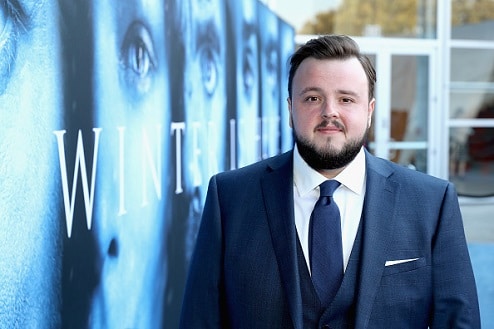 Photo: Neilson Barnard/Getty Images
Game of Thrones’ John Bradley on what it was like playing Samwell Tarly for eight seasons.
John Bradley was around 22 when he got the part that changed his life. He’d just graduated from theater school in Manchester, England. He’d done a little theater work, but never anything on camera before. He had just learned how to hit his mark and where to look when reading his lines.

So he got called in for an audition, literally his first ever. It was for a new show HBO was producing called Game of Thrones.

He got the part.

John played Samwell Tarly, John Snow’s close friend, for eight years. The two characters meet when they both join the Night’s Watch and the journey Samwell takes on the show is really unique.

In the beginning, it’s clear that Sam isn’t cut out for the Night’s Watch. He isn’t a natural warrior. He’s heavyset. Kind of soft. He’s smart, but he doesn’t have a keen sense of realpolitik or manipulation. He’s nice, maybe a little goofy.

And on any other show, you can pretty much guess his character’s trajectory: maybe he stays a bumbling comic sidekick. Maybe he gets killed off tragically. Or maybe, somehow, he finds the warrior inside him and learns to fight just as well as the Hound or Ser Davos.

On Game of Thrones, none of that happens. The things he was bullied for: his kindness, his empathy, his bookishness… they turn out to be assets, not liabilities. He finds work as a maester and gains access to all of his word’s knowledge at the Citadel. Sam plays a vital part in the battle against the dead… he’s even the first to kill a White Walker!

And by the show’s last episode, when all the great houses meet to figure out the future of Westeros… Sam finally has the respect of his peers.