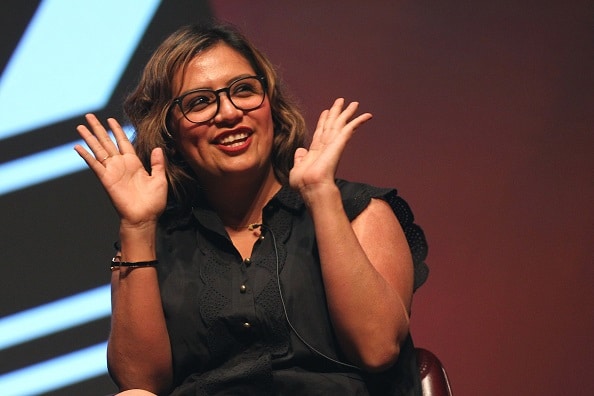 Photo: Tommaso Boddi / Stringer
Cristela Alonzo has a new stand-up special on Netflix, Lower Classy
Cristela Alonzo is a veteran standup comedian, actress, writer, and producer. She’s also something of a pioneer. You might remember her from the ABC sitcom Cristela, where she was the first Latina to create, write, produce, and star in her own show.

In this week’s episode, she talks to Jesse about her formative years growing up in South Texas with an undocumented parent. Hiding from police and immigration raids were daily realities in her small border town. Her family was also desperately poor–she recalls squatting in an abandoned diner.

Down the road, Cristela discovered she had a talent for weaving those tough experiences into comedy gold. That gift is on full display in her new Netflix standup special, Lower Classy, as she takes on difficult topics including racial stereotypes, immigration, poverty, and parenting, all with her trademark smile and laugh. Cristela recalls the long journey that led to the special, and how being a comedian is, for her, about more than simply making people laugh. 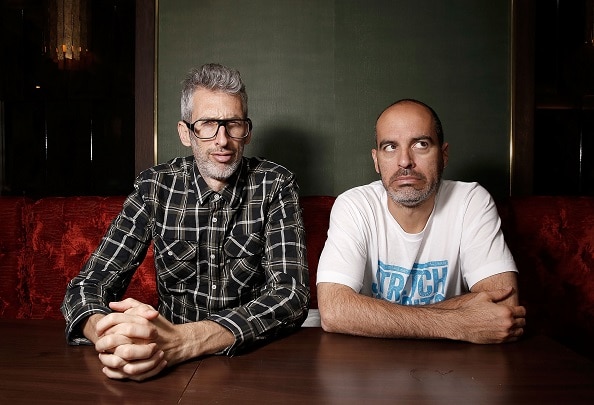 Photo: John Phillips / Stringer
Stretch Armstrong
Stretch Armstrong is a renowned DJ, record collector, and writer. It’s impossible to tell the story of New York rap in the 1990s–what some people consider the Golden Era of Hip-Hop–without at least mentioning The Stretch and Bobbito Show, the influential college radio program that he and Robert “Bobbito” Garcia co-hosted from 1990 to 1998.

In their time, Stretch and Bobbito were among the only FM radio outlets for a generation of New York rappers. MCs like Jay-Z, Wu-Tang Clan, Notorious BIG, and Nas. The behind-the-scenes stories from those days are the stuff of hip-hop folklore, and the subject of documentary that came out a little over a year ago, called Stretch and Bobbito: Radio That Changed Lives. It’s available to stream on Netflix now.