This week! The AV Club: Scott Tobias and Genevieve Koski of The AV Club bring us their recommendations – the thriller We Need to Talk About Kevin starring Tilda Swinton, in wide release in February, and the award-winning comic fantasy series Locke & Key. (Embed or share) 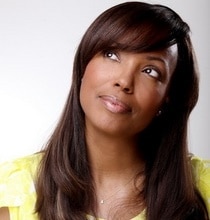 Comedian and Actress Aisha Tyler: Aisha Tyler stars as Lana Kane, one of the super-spies of FX’s animated series Archer. She talks about living the real-life version of Fame in high school, funneling her experiences as an outsider into performance and comedy, and the challenges of getting the tone just right when voice acting. You can catch her on CBS’s The Talk, her podcast Girl on Guy, or on Archer, which airs new episodes beginning this Thursday. If you want more on Archer, check out our interview with Adam Reed. (Embed or share)

Writer, Producer and Actor David Hornsby: If you’re a fan of It’s Always Sunny in Philadelphia, then you probably know some of David Hornsby’s work, as he’s written and produced a number of episodes over the show’s seven seasons. Or – you might recognize him from some of his scenes as “Rickety Cricket,” the defrocked priest who is often the butt of the gang’s jokes and kicked around as a result of their constant scheming. He’s created a new animated comedy series Unsupervised, about some surprisingly optimistic teens managing to make their way through life largely, well, unsupervised by any adult figures. Unsupervised premieres this Thursday on FX. For more on It’s Always Sunny, check out our interview with Glenn Howerton and Rob McElhenney here. (Embed or share) 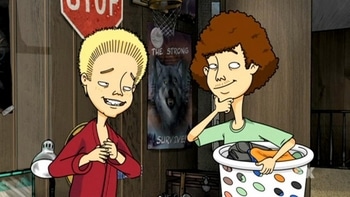 And The Outshot: Jesse describes a perfect moment – one of the best cold opens of one of his favorite sitcoms. (Embed or share)